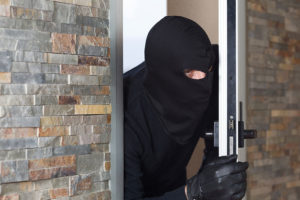 “Yeah, ya gotta watch for those little sneak in’s.”  And then she was gone.

Along with many people around the world I had just completed the morning session of Leadercast 2019.

As I was leaving to go grab a bite, I saw Lisa which I knew through leadership classes I had the opportunity to facilitate.

It was a simple exchange of, “How ya been?”  “What did you think of the morning speakers?”  That kind of thing.

And then she said, “It was good to be inspired and push out the little sneak in’s.”

I had never heard that phrase before but it made total sense to me.

Immediately I began to consider all the little places in our lives we allow emotional burglar’s to come in through a window left cracked open or a back door not locked.

They simply sneak in.

And when they do sneak in they don’t steal everything.  Just this or just that.  Just enough to let you know something has been taken, at first not even noticed.

They steal a little happiness.  Not all of it.  Just some of it.

They rob you of a moment, an hour, a week, never to be recovered.

Beware of the sneak in’s that might be lurking nearby.