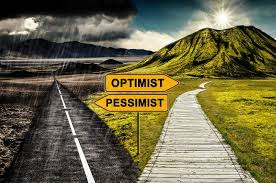 What would happen if Pollyanna opened Pandora’s Box?

I posed that question to a group during a leadership training session.

Pollyanna, the character created by Eleanor H. Porter, in 1913.  Pollyanna, the eleven year old orphan, who only saw the positive, even created the Glad Game, which consisted of finding something to be glad about in every situation.

Pandora’s Box, from Greek mythology, was a box or jar depicted in Hesiod’s Works and Day, which contained sickness, death and many other evils which were released into the world once opened.

Interestingly, the box was closed before one final content was released…hope.

What happens when optimism confronts pessimism?

When the positive repels the negative?

Would Pollyanna’s bright look at every dark moment see her through a pandemic?

Would it see any of us through?

Even when all manner of calamity is upon us, as though out of a box, we must find something to be glad about.

Yes, with much effort and the will and the determination to see the best in everything.