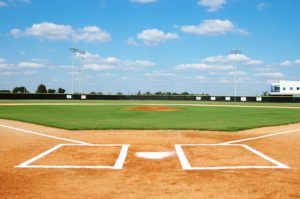 Jason in a fun loving way let me know he had some place to be.  Some place very important…for him.

While speaking to groups I will always encourage them to interact, not only with me, but also with each other.

This would turn out to be a special day.  Though not yet for obvious reasons.

A day set aside once a year for love, affection and to be with those dear to us.

This Valentine’s Day would be no different.

Throughout the course of the day, Jason, and the other attendees in the class, and I were having a playful back and forth as to when we would be through for the day, as there was a need for most of the men present to purchase last minute gifts on the way home.

Yet, that was not Jason’s concern, at least not his expressed concern.

He had someplace to be.

Just after the return from lunch, Jason said, so that all the class could hear, “John, did I tell you that my son’s high school baseball team has it’s first game this afternoon?”

My reply was, “No Jason, you did not mention that.”

About thirty minutes later Jason said, again, so the class could hear, “John, did I happen to mention that I live an hour and a half from here?”

“I don’t think so Jason.  No, in fact you did not mention that, but we will try to get you to the game in time.”

Another thirty or so minutes passes and Jason says, “Hey John, did you know we are playing our cross county rival today?”

“I did not know that Jason, but, we will do our best so you are not late.”

Now the class is anticipating the next fact that Jason knew, but that I did not, so instead Jason just says, with almost a resigned feeling, “My son is the starting pitcher, but it’s okay, if I don’t get to this game, there will be others.”

Being the father of two daughters who played a lot of ball when they were younger, I said not only to Jason, but also to the class, “Jason, I promise you, you will be there in time to watch your son’s first pitch.”

We ended the class and Jason left, a full one and a half hours from his destination.

The classroom was now empty, and as my partner helping to lead the class and I prepared for the following day, each of us received an email at the same time…it was from Jason.

It simply said, “Thank you so much for helping me make the game.”

Attached was a photo Jason had taken of his son’s high school baseball team…red, white and blue uniforms no less, standing on the third base line waiting to be introduced, a flag waving over centerfield, a blue sky and lots of green grass.

It was like looking at a Norman Rockwell painting come to life, of small town America, the picture of everything we love and treasure.

My colleague and I looked at the attached photo, felt great about the day, feeling warm and fuzzy that Jason would take the time to send us the email and photo.

Not five minutes had passed when my colleague said, “Oh no!!  John, look at your phone!”

Another photo was before us, a photo showing mass hysteria and a breaking news headline of tragedy.

At almost the same time, that Jason was living out the American Dream, seventeen families in Parkland, Florida, were receiving phone calls telling them that who they thought was coming home, was in fact, not going to arrive.

My colleague and I were stunned.

We never know which photo will be taken of our own lives, on any given day, we are in fact not promised the next breath.

However, with every breath we do have, whether it is a spouse, a child, a partner, a parent, lover or friend, we can hold them, close, on behalf of those families who cannot hold their loved one at all.

A photo of life…and a snapshot as to how quickly life can develop and pass from us…and what is truly important.

During these days of Covid-19…something to think about.