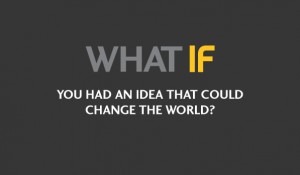 Martin Hiet…Korean War veteran…photographer.  A definite what if kind of guy.

It would be impossible for him to know, as he sat in a dark room developing film, how his “what if” moment in the late 1950’s would have such an impact decades later on a cold windy night in February of 2016.

Martin Hiet took a Sharpie pen and made a mark on a piece of camera film.

The “what if” moment came when he wiped the mark cleanly from the film and no residue of ink was left to see.

He began to experiment with a white board covered with a special film and using a specific marker he could write on the board, erase it with a cloth and write on it again, over and over.

Martin Hiet’s “what if” moment became what we now call the dry erase board, utilized by many industries around the world as a tool to communicate effectively between people.

In an affluent neighborhood just outside Atlanta, Georgia, one quiet block from a very busy intersection, sits a ranch style home, on a street of pretty houses and manicured lawns.  The only feature that made this house stand out from the others were the three cars parked in front of the house on the street, a white medical looking van in the driveway and an extended wooden ramp that led from the driveway up to one level, and then continued to the front door.

It was on this driveway that I walked toward the house carrying a white board and a marker, invented by Martin Hiet approximately sixty five years prior to this evening.

I walked to the rear of the house, where more cars were parked, most likely employees, and I tapped on a sliding glass door being greeted by a smiling nurse who asked, “Yes, may I help you?”

Smiling back I said, “Yes ma’am, I am here to see my friend Jeff.”

She slid the door open and I entered, observing two nurses working at a computer just off an expansive kitchen which at some point thirty or forty years ago was the gathering place of an upper middle income family.

The other nurses greeted me with a smile and questionable look toward the dry erase board.

Walking into a living room with hardwood floors, a wall mounted television, two chairs and a green couch, I take a seat on the couch and greet my friend.

His brown eyes meet mine and I am once again jealous of his silver hair and ever present tanned skin.

Touching him lightly on his right arm, which is resting on the side of his chair, I pull the white board up to my lap facing him, and take the “what if” invention of Martin Hiet and write these words, “Are you feeling okay?  Yes? Or no?”

Jeff looks at me, takes his left hand and points to “Yes”.

I then began to write questions on the dry erase board one at a time, waiting on him to read them and by his eyes be able to discern his answer.

Erasing the board completely, I wrote, “Joe was in the hospital last week.”

Joe being a close friend of his, I watched his facial expression drop unexpectedly.

Noting his obvious concern, I quickly erased the white board and wrote these words, “He’s okay!  Just tests, and I saw him Sunday at church.”

Relief came over his face and I wrote several questions or statements letting him know that people missed him and hoped to see him soon.

Not wanting to tire him I wrote one final sentence and it said, “I just wanted you to know that I love you.”

He tried to respond while I got up, gave him a tight hug as he sat in his chair, and kissed him on top of his silver haired head and said quietly, “No response necessary.”

Martin Hiet could not have known the impact his “what if” moment would have on two grown men, sitting in a room of a residential rehabilitation home affiliated with Sheperds Center in Atlanta, Georgia, one recovering from a stroke, and the other, me, wiping away a tear as I said good night to the nurses, walked into the night, got in my car and drove toward my life.

Be open to your own “what if” moments.

You never know the impact that your “what if” moment will have sixty five years from now.