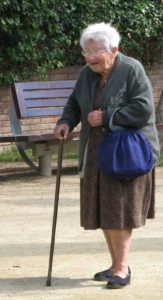 “When he came up to me, I should have kept walking.”  A new friend.

Recently I met a woman, quite on in years, as they say.

A book store of all places.

My senses told me she had a story herself…so I asked, “You’ve been hanging around life for a while, got any regrets?”

She paused as though going back decades through memories, both good and bad.

And then she began.

“I should have kept walking, that’s what I should have done.  But I didn’t.  It seems so long ago now.  He stopped me, lot’s of people around and told me how beautiful I was.  Fine, I have had lots of men tell me that, and most of them meant it.”  She smiled and continued, “I was amazed not as his words, but at the sincerity of his expression.”

By now, I am leaning way in and said, “Please continue.”

The smile went away and she said, “That’s when I should have thanked him and walked away.  What followed was many years of a beautiful yet painful relationship, of which, this many years later I have yet to recover from.”

“I did, years later and it hurt him deeply.”

“Is he still alive, that was a long time ago?”

She thought before she spoke and said, “I don’t know.  I hope not.”

I had one last question, “Was he your biggest regret?”

She turned her body away, indicating that the conversation was now coming to an end.

“Yes, I should have walked away.”

As I also walked away I could not help but think she had never told anyone else that story.

Our paths in life certainly bring us pain.

It did with her.

It does with each of us.

And along with the pain we experience life…in it’s gut wrenching and awful beauty.