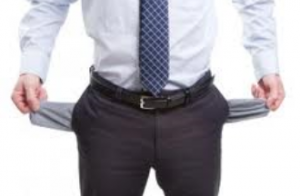 Mike could not have picked a person with less to offer.

Some years ago now, in the morning I had just stepped out of my car and had walked a few steps.

Mike did not see me getting out of my car, otherwise he would not have picked the guy getting out of a faded white 1986 Ford Contour with the rear passenger side quarter panel missing.

A van pulled up beside me, to my right, there in the middle of the parking lot.

Even though 99% of my wardrobe comes from Goodwill, I try to look fashionably neat.

Mike mistook my conservative fashion as someone with cash to spare.

This large man, in the van, Mike, said, “Excuse me sir.  My family is from Mississippi and we are stranded here with no money.  I just need to buy them some food.  I will give you any tool in the back of my van for a little money.”

Once again, Mike would have had no idea who he was talking to, nor the circumstances of which he had now found himself.

I smiled at Mike as though I knew something he did not.

Smiling at something I thought so odd and funny at the moment.

Of all the people he could have approached, something led Mike to pick me.

It was after his initial approach that I asked him his name.

I said, “Mike, I have not a dime in my pocket.  In fact, Mike, I am just now returning from the unemployment office.  I have not one single thing I can offer you.”

The irony of the homeless guy apologizing to me for asking me to let him have money was a divine moment only God could have planned.

Placing my right hand on his large tattooed forearm I bowed my head and began to pray.

Almost verbatim, here is what I prayed.

“God, only you know why Mike picked me.  But I am asking you God, on Mike’s behalf to give him strength.  For him to not be afraid of the future.  For him to be able to provide for his family.  For you to bring the people into his life that Mike needs.  And most of all God, I ask that you make him bold in his convictions, and that he cower before no man.  This I ask in Jesus’s name.  Amen.”

I squeezed his large tattooed forearm and said, “You are going to be fine Mike.”

He said one final sentence after the words, “Thank you.”

He said, “That was better than money.”

I smiled at him and walked away.

To me the encounter was not unusual at all.

I have asked God continuously to bring people into my path that I might offer them hope.

Later in the day I reflected back upon Mike and I made this comparison to a story straight out of the book of Acts.

Peter and John, John of all people, were on their way to afternoon prayers at the Temple.

A lame man from birth called out to them.

“As Peter and John were passing by, he asked them for some money.  The lame man looked at them eagerly, expecting a gift.”

It was then that Peter and John took hold of his arm, probably similar to how I took hold of Mike’s large tattooed forearm, and began to pray.

The man was instantaneously healed.

In his mind, the now former lame man from birth may have been thinking, “That was better than money.”

Money certainly can bring temporary relief to a dire situation.

But a man with a semi worn out car, empty pockets, unemployed, but with confidence before God was just what Mike needed.

Much like the lame man asking for money of Peter and John, money was what the man wanted.

Interaction with God was what he needed.

When I took hold of Mike’s large tattooed forearm, I really don’t think Mike nor God cared that his arm and my hand were of different skin tone.

Because, just for a moment, God, Mike and I were on the same page.

Don’t look to the depth of your economic resources to bring someone hope.

Look to the depth of your relationship with the One who can bring that person, not what they want for the future, but what they need for the moment.

You and I are the deliverers of Hope.