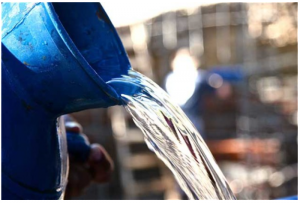 This is how I ended my letter.

“I have felt like God has corrected me many times, because when I feel him teaching me, I want to immediately relay it to someone else.  I wonder at times, as you have, if it was really about what He was saying to me, not what I was supposed to say to another person.  However, I do know, God never fills a vessel without having designated a place to pour it out.”

The person to whom I had addressed the letter had spent much time preparing for a series of events.

Much time, considerable energy, planning and immeasurable prayer had been spent, in hopes that these events would be life changing for many.

And now, not only would the series of events not happen, but it seemed perhaps, like a wasted effort in planning.

My words were intended to encourage, but as I wrote, I became convicted by my own writing.

Were the moments God spent with me at times even intended for someone else?

Maybe they were just intended for me.

And if that is true, then what do we do with all that God saturates us with?

His love, His Word, Him compassion, His grace, His mercy.

All of it bestowed on us.

Surely He intends for us to share it as well.

I began to consider the people who prepare their whole life for one single moment in time.

The moment they were intended to live out.

The Bible says, “Simeon was a good man, very devout, filled with the Holy Spirit and constantly expecting the Messiah to come soon.  For the Holy Spirit had revealed to him he would not die until he had seen him – God’s anointed king.”

He was now a very old man and he was holding the Saviour of the world in his arms.

God had kept his promise.

It took his entire life, but Simeon was now standing in a single moment in time.

You may feel this way as well.

That you have spent years and years preparing for something, but you can not define what that is.

I share in this and have struggled knowing that my life has purpose and a destiny, but not knowing how it would all come about.

Just be confident that, as I told my friend, “God never fills a vessel without having designated a place to pour it out.”

God will never waste a vessel He has filled.

“And I am sure that God who began the good work within you will keep right on helping you grow in his grace until his task within your is finally finished.”  Philippians 1:6