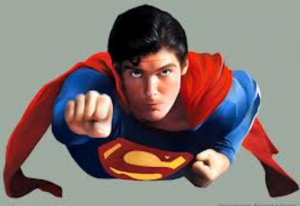 Sitting in a room full of educators as well as writers can be a little intimidating.

But not for me.

I was enthralled by the conversation.

And then one of those gathered said this.

An experienced principal, in an urban elementary school, in an area of town, and in a school that most teachers would not survive in.

She said that she tells prospective teachers, that they are going to be challenged, they are going to work harder than ever to get every ounce of achievement out of the kids, the parental support system will not be strong and that if the students excel it will be because the teachers themselves made it happen.

Then she said to her teachers, “If it is to get done, we will have to do it.  Superman ain’t coming.”

Those gathered just sat there and looked at her.

It was such a profound statement and we sat in stunned silence.

That phrase shook me.

There are so many times I have looked at a situation and thought, “If only someone would rescue me out of this.  Why has God left me here to battle through this on my own?”

We all have been through it.

At times, if we are to survive, it is up to us.

I have to depend upon me and those I am joined to.

Moses had led his people out of slavery from Egypt.

Now they were faced with a “no way out” situation.

The people complained to their leader Moses.

They blamed their leader and began to blame him for placing them into this dire situation.

Then they called upon God.

God said to Moses, “Why are the people crying out to me?  Tell them to step forward and see what happens.”

However, I believe that God expects us to get ourselves out of trouble at times.

To see if we can.

And when we take that step, then He takes care of the rest.

So you have problems and challenges which seem overwhelming?

Step up, step out and step toward your victory!