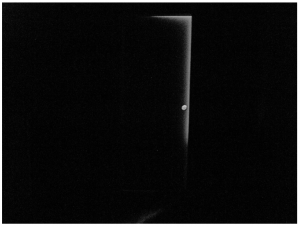 I love to listen to those whose life is so different than mine. Recently I had just such an occasion.

Sitting at a table with five other men, discussing politics, conspiracy theories and theology I turned to one of the men sitting there and said, “What’s your story?”

Of the facts that were revealed, what intrigued me most was when he said, “I did not know what a Bible was until I was fourteen years old.”

The knowledge that we seek but often do not find.

The truth which alludes even the wisest of men and women.

I then asked, “Tell me about God from your perspective.”

Because there is a whole lifetime of discovery yet awaiting this relatively young man.

In the book of Acts, there is a passage which quotes the Apostle Paul, “Men of Athens, I perceive that in all things you are very religious; for as I was passing through and considering the objects of your worship, I even found an altar with this inscription: TO THE UNKNOWN GOD, the one who you worship without knowing Him.”

The object of worship yet unknown.

Each of us could probably inscribe TO THE UNKNOWN GOD upon our lives.

Take a moment and describe God in detail.

Not the Sunday School answer.

You can use words and phrases like Comforter, Father, Almighty, which yes, they do describe God as depicted in the Bible.

If honest, most will result in the words, “I don’t know.”

Do not let the theologians and indoctrinated teachers recite scripture as their base of knowledge.

Most of them do not know either.

The have their perspective and their experience, but certainly not the fullness of truth.

Scripture is God describing himself through the inspired writings of men and thus we gain our knowledge from those writings.

God is unknown and only by faith are we able to have even a glimpse of who he is.

As though opening a door from inside a darkened room.

Later in the same passage in Acts, it continues, “so that they should seek the Lord, in the hope that they might grope for Him and find Him, though he is not far from each one of us; for in Him we live and move, and have our being.”

We grope, we find, because He is not far, we live and we have.

You may feel that you are groping for God in the dark.

As Luke writes, he is not far.

He is there in your darkness.

In your moment of need.

Under the crush of life, He is there.

God desires for us to starve and thirst for Him.

To dig, scrape, claw and fight our way to Him.

But only to those who will not search for Him.

They that will, find Him.