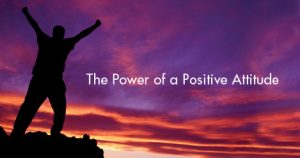 At times we will include a post that is related to faith.  This is one of those times.

The majority of those reporting back to their leaders used the following phrases.

We spied out the land and it is a land like no other…but…the people living there are powerful, their cities are fortified and very large, and we saw giants, and they are too strong, and they would crush us, we can not defeat them.The minority, two young men, said, Let us go up at once and possess it, for we are well able to conquer it.

The two outlooks for the future were the total opposite of each other.

When those bringing back the negative report began to spread their fears among their fellow warriors, the negative news spread quickly.

As you know, bad news will always travel faster than good news.

So these two young men, to combat the negative report, said this to the entire army, It is a wonderful country ahead and the Lord loves us.

Two young men, Joshua and Caleb, were the only two who would predict an expectant and bright future.

They also were the only two would live to see the fulfillment of the promise of entering into this great land, this promised land.

Because they focused on what could be done and not on the challenges that could prevent it from being done.

Each of us, from time to time get frustrated with our present state and might even have a down day.

Do not predict tomorrow on what you see today.

In a moment, everything can change.

One phone call, one email, one text can change your outlook and your future altogether.

All by yourself and facing what seems like giants?

You are not all by yourself and they are not giants.

Remember the words of Jacob and Caleb, It is a wonderful future ahead, and the Lord loves us.

It is and He does.