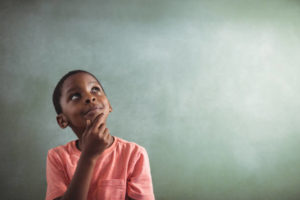 “What did you want to be when you were growing up?”

While facilitating leadership classes the morning’s introduction of those present will at times include this question.

Yet sometimes, and more than a few times someone will say, garbage man, musician, and other professions that when young, a child may not say.  They may think it, yet not say it, at least out loud.

After those in the class have introduced themselves, I will follow up with my own what I wanted to be while growing up.

My answer is always the same, Reggie Jackson, the famous New York Yankee, who hit three home runs in one World Series game.  The other dream I had as a child was to be a writer.  I tell the class one of those I have been able to attain…that would be a writer.

Then I take a moment to encourage the class to not give up on their childhood dream.

They may not fly a jet, be a neurosurgeon, or be a professional athlete.

However, they can attain a pilots license for small aircraft, be a volunteer at a rehabilitation center for brain injuries or coach and / or sponsor a little league team.

Then I give them an example from history itself.

Avi Socho, who I have been reading about since childhood, remains one of most renown political and military strategists in history.

And, Avi Socho did not begin in this role as a political and military strategist until he was into his eight decade.

He did not know what he was going to do when he grew up until he was eighty two years old.

Now, in our case.

Why should we give up, give in and give away the dream we had as a child?

It was there for a reason.

At the time it was as real as anything else in life.

Now in your case.

You could see it, you knew you could do it, if only given the chance, if the opportunity would only present itself.

Maybe today is your chance.

Possibly tomorrow is when the opportunity will present itself.

I usually end my brief introduction to the class with, “If it wasn’t real to you then, you would not have been able to recall it now, years later.”

So…what do you want to be when you grow up?