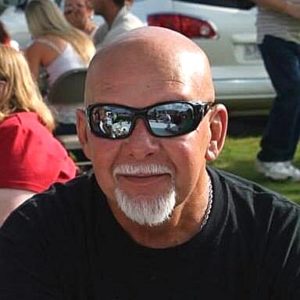 Thinking of Sonny Hankins whom we will miss.

Having previously worked at a funeral home you see the results of grief almost every day.

And also the celebration of a life.

I have been part of a service for the mother of close friends of mine, her sons.

I have received a text that another close friend of our family, their brother, had passed away.

I know of parents who have lost young children, twenty something year old children, teenage children.

A woman who has buried a father, a sister, a mother and her husband.  With no children of her own, she took her nephew and niece in to raise.

Teenagers who have lost a parent.

In my own life, I have lost a biological father, a step-father, a mother, a step sister, numerous extended family members, very close friends and mentors, all gone.

We all experience loss at some point.

But even in loss there is hope.

How can there be hope in heartbreak?

How can there be any positive outcome from such a seemingly negative event?

And yet there is.

King David had been told that his child, a young male baby, would die.

It was the first child of David and Bathsheba.

He went without food, and lay all night on the ground praying.

None of the king’s aides knew what to do.

When the child died, they said, “What will he do to himself when we tell him the child is dead?

It would appear that all hope had disappeared from King David’s life.

There is a quote by Aeschylus, used by Robert Kennedy after the assassination of Revered Martin Luther King, Jr.

“And even in our sleep, pain that cannot forget, falls drop by drop upon the heart, and in our own despair, against our will, comes wisdom to us, by the awful grace of God.”

So, where is the hopeful promise in all of this?

When King David’s aides came to tell him the child had died, David sensed it, even before they voiced the outcome.

“David got up off the ground, washed himself, brushed his hair, changed his clothes, and went into the Tabernacle and worshipped the Lord.  Then he returned to the palace and ate.  His aides were amazed.”

He then said to them, and here is the hopeful promise.

“Can I bring him back to me?  I shall go to him, but he shall not return to me.”

I texted that to a friend today who also is sharing the loss of a family member.

I ended the text with, “What a beautiful promise.”

Does it lessen the pain?

Does it ease the grieving?

But with the pain and with the grief, there is a promise that we will see that person, that friend, that child, that parent, that brother or sister, again.

The promise is God’s.

The hope is found in God’s grace.

What a beautiful and hopeful promise.