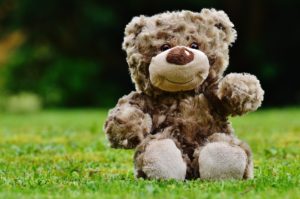 By facilitating Leadership classes it is often the case that the facilitator learns as much from others as others learn from them.

Such was the case in this instance.

The discussion centered around, “What makes someone an inspirational leader?”

While the participants discussed this amongst themselves, I went over and sat down next to Ruby, who builds curriculum for classes just like this one.

She asked me, “What if we had the opportunity to build the perfect inspirational leader, what would that look like, how would we do that, what would we include?”

Then Ruby said, “It would be like Build A Bear.”

That’s when I leaned in and have been thinking about that ever since.

How would we build the perfect inspirational leader?  If we could.

What attributes would we want them to have?

Would empathy be something we would put inside the leader?

Would patience, integrity, charisma?  Any of these?  Or in addition to these.

We do in fact have the opportunity to build an inspirational leader.

The one within ourselves.

What attribute do you have that can inspire others to achieve and succeed?

What quality do you possess that others would want to emulate?

How can you develop and build within yourself the leader that others want to follow?

That when someone looks at your life they say, “I want my life to look like that?”

And Ruby opened up within me a whole new way of thinking.