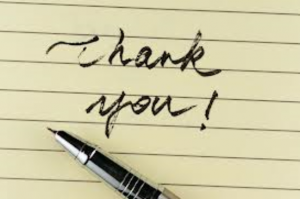 I was picking up an order at the local Chick-Fil-A.  And then this happened.

As I waited at the counter I noticed a woman at the other end assisting a line of special needs young people.

I assumed she was their teacher and chaperone.

As each would approach the counter she would assist them with their order, let them pay independently and help them count back any change returned to them.

She interacted with them expressing care and exhibiting gentleness.

I could not help but watch her serve each one individually.

Before I picked up my order, I took a Chick-Fil-A napkin with the logo on it.

I wrote the words “Thank you!”, the date and the time and signed it John.

That was all I put on it.

I went over to her, did not introduce myself at all.

The only words I said were, “Put this in your pocket and look at it later.”

Then I walked away.

My guess is, whoever she is, she still has that napkin.

Because someone noticed her serving others of which she sought no recognition for.

Look for someone to extend your appreciation toward.