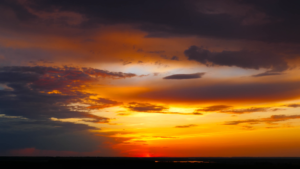 “Mr. Hembree, we are either healing her or we are killing her with further treatment.  There is nothing more…”

It was no different than any other doctor’s visit.

We went together as we always did.

She smiled as I came through the door of her small apartment, furnished with a sofa that was blue green, faded by the years.  Back when the light blue and teal green was fashionable, yet there was comfort found on that sofa.  However, maybe the comfort of the sofa was not in the color, nor the material, nor the padding, but by those who sat upon it…on this day…her.

We would travel the thirteen miles to her oncologist, me driving her now tired burgundy Oldsmobile, she sitting in the passenger seat, but making every effort to drive without brakes or steering wheel.

Me a grown man in his early fifties, strong in body, but weak of heart.  She in her early eighties, weak in body, but strong of heart.

As we carefully entered the reception area of the doctor’s office, she in a purple outfit that no longer fit upon her frail frame, and a red toboggan on her head to hide the loss of hair.

It was on that day that I realized how beautiful red and purple looked together.  Up until then, I had no idea.

She greeted each of the ladies at the receptionist area, one with a smile, one with a blown kiss and one with a hug that if I guessed, they both knew it would be their last embrace.

I led her by the hand to the third room on the right, down the hall with tan painted walls and artwork that could probably be purchased at any discount department store.

Before we could settle into the two gray plastic chairs next to the stainless steel examination table, her doctor stepped into the doorway.

He wasn’t late, as most doctors tend to run behind schedule.

He wasn’t on time.

He was actually two minutes early.

With a gentle voice that expressed both empathy and sympathy, he took her by the hand and said, “Let’s go to the sitting area.”

He warmly greeted me as he had the times before and motioned for me to sit on the tan couch centered between two cherry wood end tables, each of them holding magazines, some about medicine, some about food, and there was a book, Saying Goodbye Is Not Forever, by an author whose name I could not pronounce.

For the next fifteen minutes I went blank, and while the doctor explained in medical terms where he considered her status, all I could think of was this, and that, and every memory in between, all memories of her.

The next few words brought my attention back into the room.

She said, “Thank you.  We appreciate all you have done.  Thank you.”

The doctor helped her to her feet and gave her a hug, his lab coat and stethoscope not creating any type of professional barrier between doctor and patient.  They had fought this battle together for nine long years and five separate cancers.  There was a mutual admiration between them. His for her ability to remain strong and positive.  Hers for his compassion toward the weak and in this case, the dying.

He said, “I’m going to go now, Mrs. Hembree.  Mr. Hembree, would you join me in my office for a moment?”

The nursing assistant gently guided her to the waiting area and I joined her caring physician in his office, a small office with shelves lined with books, certificates and mementos given to him by patients.

I looked into his dark eyes, and even though he had on glasses, I could see the beginning of a tear in his left eye, a sign that he was about to tell me something that I thought I would never hear, “Mr. Hembree, we are either healing her or we are killing her with further treatment.  There is nothing more…”

My mind went to times that she and I had laughed until we cried, not even knowing why we were laughing in the first place.

I did not hear the soft spoken doctor, with a tear now running down his left check, glistening his dark brown skin, of which he made no effort to wipe away, finish with these four words, “…that we can do.”

As I walked slowly toward the reception area I tried to find the words that would answer the question I knew she would ask in just a few moments.

Being so glad she did not ask me while we sat for a moment among the other patients, also wearing outfits that no longer fit them, we slowly walked to her tired burgundy Oldsmobile, her arm in mine.

I buckled her in her seat and walked around to the drivers side, taking in a big breath, trying to regain my composure, anticipating what would happen next.

Before cranking the car I stared straight ahead with my hands gripping the steering the wheel.

She placed her now thin wrinkled left hand on top of my now shaking right hand and asked, “John, what did the doctor say?”

Looking into her loving brown eyes, trying to clear my throat and not lean into her like a scared and hurting child, I took a breath and said, “He said that he has never had a more loving, strong and determined patient.   And he said he saw you taking a trip soon.”

I had no other way to say it.

I found the strength to somehow get the words out.