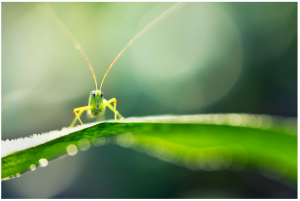 “We seemed like grasshoppers in our own eyes, and we looked the same to them.”  The mighty warriors of ancient Israel.

Defeated in their own eyes before the enemy ever saw them, for who they really were, one of the most imposing military nations at that time, the nation of Israel.

The children of Israel were sizing up their enemy, men of great stature, giants, the Nephilim.

Certainly physically out sized, but that is not where they were losing, before they even entered the battlefield.

They were self defeated in their own eyes.

In their own eyes, they saw themselves as smaller, weaker and unable to defeat these giants.

We each face the “grasshopper” thought process from time to time.

I had a moment of it just recently.

I was mentally working through some scenarios for the future.

My mind began to waver and I began to say to myself, “Who am I?  What voice do I have that would even matter?  Who even cares?  Among 7.6 billion people, can one voice actually be heard?”

It only took a couple of moments and I felt like a grasshopper.

Which is where this thought came from and I rebounded quickly.

Be careful at all times how you see yourself.

Confidence in anything is the key to success in everything.

If you are not confident in yourself, then you will also lose the confidence of those who surround you.

See yourself as bigger and stronger.

Know who you are and others will recognize it as well.