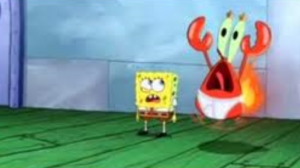 A few years ago the company I worked for at the time had scheduled an eight hour meeting with a visiting client.

As we were settling in for the first session, the client was sharing the direction they wanted to take a project.

All in all, it was going to be a long day.

I needed to step to the restroom, so I excused myself from the meeting.

I became curious if the can of Tropical Breeze air freshener would give my underwear a day long fragrance and freshness.

So I opened up my underwear and sprayed the air freshener all in there.

Done it up big.

Went back to the meeting and settled in.

About five minutes after my return I began to shift in my seat.

As I moved about I began to feel some preliminary discomfort in the area of my underwear.

Then after about ten minutes the discomfort had increased to “something has happened down there” type of levels.

To the point that after about fifteen minutes I felt like my underwear was on fire and everything in it was on fire as well.

I immediately excused myself again and went straight to the restroom and began to utilize cold water trying to undo the damage.

After a considerable amount of applied water I was able to rejoin the meeting still in progress.

How stupid could I be?

Why did I think that spraying air freshener in my underwear was a good idea?

We all do stupid things in life.

We make the wrong decision.

We say the wrong thing.

We misread a situation and overreact.

Until recently I had no spiritual application for this lesson I had learned.

I mean how do you tie spraying air freshener in your underwear, and setting it on fire, to a spiritual application?

But then Pastor Brady Howard texted me a verse and it fit perfectly.

The stupidest man on earth.

In spite of our bad decisions and our mistakes of direction and our missteps toward others, God never gives up on us.

And in an odd way, God allows us to be stupid from time to time.

So, if you are feeling stupid about yourself and your life, God doesn’t feel that way about you.

He wants you to correct your mistake and move forward and upward.

And He cares for you just like you are.