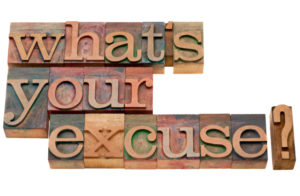 He could barely walk, obviously debilitated by a stroke.  And here he was, walking, or at least attempting to…into a Planet Fitness.

I am in the gym on a daily basis.

However, every now and then I need inspiration.

I saw him before he saw me, as I was working out near the entrance of the local Planet Fitness.

Out of the corner of my eye I saw him, shuffling, attempting to make steps that could not have been more than six inches at a time.

Probably he at least my age, his right arm folded into his chest, his hand locked in a position that did not allow movement.

His right leg affected by the stroke and his left ankle in a support brace.

As he raised his cane to place into the handle of the door, I stepped into the door, opened it and said, “Where have you been, everyone’s asking?”

His response?  “I got here as quick as I could.”

As he walked through the door he began to teeter, and as he did I reached out to offer him balance.

He checked in at the front desk and began to shuffle toward the machines.

To my mind came the immediate memories of my  step-father many years ago, also shuffling from the affects of Lou Gehrig’s disease.

He looked over at me and said, “You’re sweating, you look like you have taken care of yourself, let’s work out together.”

I smiled and told him I was through for the day but that he had inspired me on this otherwise dreary day.

As I walked to my car I thought how many people make excuses, not just toward their health, but for many areas of their life.

And then the list of excuses in my own life got shorter as I reflected upon my new friend, who’s name I  do not know, who struggled merely to walk.