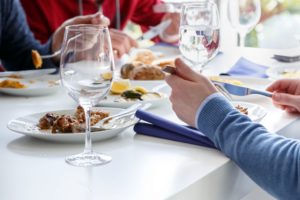 While speaking to a group, during the introductions I asked this question, “If you could have dinner with anyone, past, present or future, who would it be?”

Some said a family member who had passed away.

With that response I would then ask, “What was their name?”

As they spoke their name their face would light up.  A nice moment.

All great answers and you could feel the room leaning in each time.

When it came back to me as the moderator of the discussion I said I would select the future, and would want to have dinner with my grandchildren’s grandchildren.

As I continued I said I would want to know if the world as we know it now survived as a whole.

As I thought throughout the day on this, I would also want to know, if somehow had my name been passed on to them, was there any recollection of me at all, even a memory from their grandparents?

If you could have dinner with anyone, past present or future, who would it be?

And what would you talk about?