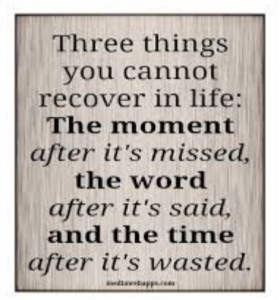 I have long considered a conversation a discovery expedition.

If I listen, I will discover something that I did not know, prior to it being said.

However, if conversations were scripted, and edited, before we speak, then we, I, would not say things that were not worth saying.

But if scripted, then the wit and wisdom of others would be lost.

Maybe it is the fact that I am now through my 50’s, that I listen intently.

I weigh, or at least try to, weigh out my words carefully.

I listen more and talk less.

When I waste words, and even more precious than that, waste moments, then I am, as the French poet, Nicole Defresne once said, “Introspectively disappointed, that I said too much regarding matters that did not matter.”

At times, I will travel to the local book store, and spend an hour or so, reading from books that I would not normally read, simply to expand my knowledge.

I ran across one of the bargain books, (should have bought it), as it is probably gone now.

It was entitled, Death Bed Confessions (What People Say And To Whom They Say It).

There were the typical stories.

The confession of sins.

The confession of crimes.

The admonitions to loved ones.

There was one story, however, that caught my attention.

It was regarding a man, now on in age, who had written to an acquaintance, prior to his illness, that if they were to hear of him being near death, they should come to the hospital, ask to speak to him privately, and he would tell them a beautiful story.

It did not go into detail regarding the story except to say, that the story only took a few moments to tell, but it included years of beautiful memories.

He had set aside those words for those few moments.

He had scripted the pages of his life, to be read in those few moments.

What words would you choose if you had an allotment of words?

And only a precluded amount of time to spend.

Would you speak of the past, or would you encourage others toward the future?

Hold every word you hear as a treasure.

Treasure every moment you hold as priceless, precious and perfect.