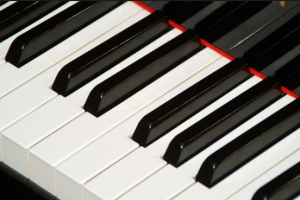 With the combination of eighty eight keys there are only so many musical combinations that can be composed or performed, yet works on the piano have been composed and performed since Bartolomeo Cristofori built the first piano in 1700.

In life we each have a twenty four hour day over three hundred and sixty five days and a life span of seventy to one hundred years.

Obviously for some, there are more years and for some less.

But each of us are working with eighty eight keys.

It is your style, technique and talent which separates you from the rest.

Get outside the five middles octaves of your life.

Go for the low and the high registers.

Play with passion, play with poise.

Anyone can learn to play Chopsticks.

Few can master Islamay – An Oriental Fantasy by Balakierve, considered one of the most difficult classical pieces to perform.

Give yourself to the entire keyboard in your life.

You have been given a gift.

It is called your life.