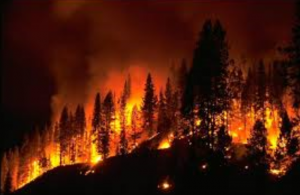 Devastating fires start with one spark.

One careless or insensitive remark is the same as one small spark that destroys thousands and thousands of acres.

One sentence has caused wars.

One group of phonetically sounded syllables has caused riots to begin and lives to be lost.

One rumor repeated, and accomplishments begin to topple like a California forest during a drought stricken fire.

We thought no one would repeat it.

We thought that Facebook was a confidential and private source of shared information.

We thought that email never gets forwarded.

Ever hit “send email” and it is at that instant that you realize you sent that email to the person who you were complaining about in the email?

I have done that only once.

Fortunately, through a series of follow-up, basically misrepresentations, also known as lies, I was able to minimize the damage.

But the lies would not have been necessary, if I had not written the negative comments in the first place.

So then I was convicted by the lies but also the source of the lies, my words.