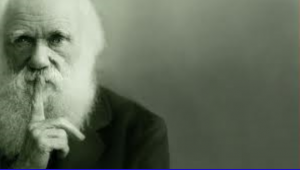 Probably every one of us has been told  something that we promised not to repeat.

And probably every one of us has told someone else something that we had them promise not to repeat.

Information entrusted is a tremendous responsibility.

Lives can be completely ruined by both truth and rumor.

I have had people entrust me with information that was never to be repeated, and it hasn’t.

However, when Christ commanded others to keep a secret, the opposite effect occurred.

Christ warned those closest to him, those who were being trained to carry the message, he warned them not to tell anyone about him.

Christ told the deaf and mute man whom he had just healed not to tell anyone about what had happened to him.

Why did he command them not to tell and why did they not obey him?

In fact, the more he told them not to tell, the more they did tell.

Haven’t you had something happen in your life at some point that was so wonderful, so fantastic that you wanted to tell someone and everyone?

You could not contain yourself with the excitement and you wanted everyone to be excited with you and for you.

My guess is that Christ knew those in whom he had entrusted a miracle or his teachings could not keep it to themselves.

Eventually it would come out.

Eventually all would know the secret.

And many would find the secret, once revealed, anything but great.

The secret would divide many.

Nations and kingdoms would rise and fall because of the secret.

The secret would cause both joy and sorrow.

The secret would bring about life and death.

Either way, the secret could not be kept quiet.

Because good news is hard to keep quiet and bad news even harder.

Any of us can attest to the fact that when our life has been dramatically changed we have to tell someone.

The man who was blind from birth and then healed was being questioned from every side, “What happened to you?  How did this happen?”

Only having been a believer for a couple of minutes he did not have enough time to prepare an evangelistic presentation filled with religious jargon.

He simply said, “I once was blind, and now I see.”