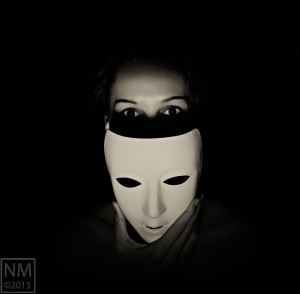 There really is no place, nor space in the church for hypocrites…because it frees up much needed space for sinners like me.

The year before the movie, The Passion Of The Christ was released, Mel Gibson, who produced, personally funded and directed the film, was visiting different cities and screening the film for leaders from different walks of faith.

I was fortunate to be part of a team to help facilitate the screening in Atlanta and watch the film with Mel Gibson, my fellow co-workers and an influential gathering of religious leaders from across the city.

After the film, there was a question and answer period, with Mel Gibson answering questions.

With all the troubles Mel Gibson had been through, his words that day stands out in my mind as one of the most raw expressions of what Christ can do in a man’s life.

A pastor asked this question, “Mr. Gibson, why would you spend over thirty five million dollars of your own money to make this film?”

Mel Gibson thought for a moment and then said, “Well, here is a man who gave his life on my behalf.  He died for me.  Thirty five millions dollars seems like a pretty small price for me to pay, don’t you think?”

He stated very clearly that Christ had saved him from death.

That was also the day I took off my mask I had been wearing most of my life.

That is when my long lived Christian life became transparent.

I made a decision that I would no longer hide the worst of me so that people might think the best of me.

Those who are looking for answers within their own lives are looking for people of faith who are real, who will rip their chest wide open and show a heart that is not always pure.

They are looking for people who will show their scars of life.

Consider removing your mask and in doing so, seek out those who will accept the generosity of grace, will apply the miracle of mercy and engage in the forging of forgiveness.