Sitting in church and on one side of me was a woman I have known since we were teenagers growing up in a small rural Georgia town. 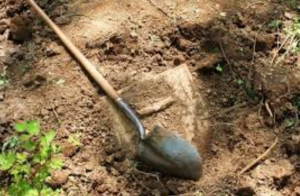 It was at the end of the service and the announcements were being read.

I turned to her and said, “What is your greatest gift?”

She proceeded to stammer and then try to explain how she did not have one great gift.

She said she wanted to find what she could be remembered for.

I accepted that momentarily and then turned to her again.

I said, “I don’t believe you. I believe you do know your gift whether you acknowledge it or not. It is already placed within you from birth.”

I encouraged her to re-read Psalm 139 to see how God created her specifically and had given her special gifts that she must find.

Then later that evening I received a text from a college age student.

I had also pressed them regarding their gifts.

They asked me what I felt they were.

I replied, “They have already been placed within you. Look for it as you would a buried treasure.”

We each must dig for the buried treasure within us.

I would encourage you to renew your search for your gift, or in many cases, gifts.

What you do better than anyone else.

It is already there.

You simply have to find it.