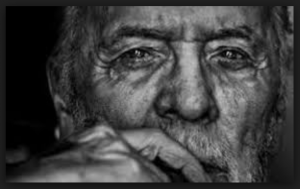 Hope, life and who we were meant to be.

It struck me that when I push, prod and encourage others to pursue what they dream for in their lives, then I am doing what I dream for in my own life.

And that is assisting others in achieving their often unspoken aspirations for their life.

My friend, Matt, asked me once, “What is your worst case scenario?”

“That I would come to the end of my life and realize I never came close to living out the life  that was intended for me.  That I missed my divine design for my life.”

That is, without question, my worst case scenario.

Nothing to me could be sadder than to get to the later years in life, and look back at the life I almost led.

In the book, Moneyball, by Michael Lewis, which became a movie, starring Brad Pitt, is the true story of Billy Beane, former General Manager for the Oakland Athletics.

As Beane transitioned from ball player to major league executive, he discovered that most of the decisions in his life, had been made for him, and now he was looking at middle age.

“The brown mop of hair had thinned, and been trained, poorly, to part.  Otherwise the saggings and crinklings of middle age were barely discernible on him.  The difference in Billy wasn’t what had happened to him, but what hadn’t.  He had a life he hadn’t led, and he knew it.  He just hoped nobody else noticed.”

I enjoy interacting with others as they are discussing their dreams.

One executive with a large international shipper (think Brown in color), wants to go back to college and start his own freight and cartage business.

Another executive in a large international financial institution, (you’ve got one of these in your wallet), wants to one day operate his own coffee shop.

Even another executive, also with a large international financial institution, (think global), wants to open an antique furniture store.

And even another executive, with a separate international company, told me, “I am drowning in my work and in my life.  I am wasting the years and I want to be out there where people are, serving them, helping them to be more successful.”

If I have anything to say or write at all, it is this.

You only get one life.

Why would you want to waste your life living out somebody else’s?