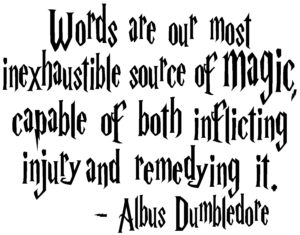 When he said, in the middle of a discussion about the power of words, “I have a gift.  I know I do.  This gift is also my curse.  Words…my gift…equally my curse.”

As I intently listened, he went on, “I know I have a gift to use words as encouragement to others, to uplift, to motivate, to hopefully inspire…but that same gift is also a curse, for I can slaughter with syllables, I can decimate with declarative statements and I can bring wounding accusations by merely adding a question mark.”

He, knowing also of my love for language, continued, “Have you ever heard the phrase, “When you kissed my lips, you kissed my soul.”?

Before I could answer he said, “Judy Garland supposedly said that and I can only wonder who she was thinking of when she said it.”

I opened my mouth to respond, but before I could, he asked, “Do you know who wrote, ‘Let him kiss me with the kisses of his mouth – for your love is more delightful than wine.'”?

Again, I knew the answer but…

He looked off into a distant place that only he knew existed, and added, “Words…merely words, dripping with honey as a gift from the tongue, and words…a dagger from the same tongue to the heart and the soul.  What draws one also drives that same one away.  It is truly a gift and a curse.”

From his expression I surmised he had spoken all the words he was going to say.  At least for now.

Yet, from what he did say, and what he did not say, I pondered if he had at some time, some how, expressed his gift and his curse and had lost the treasure he had spent his whole life looking for and longed to have returned.

Later that evening as I sat with a book on language in my hand, in my mind, I began a composition of words myself…

…”mean hurtful words that I have expressed came of hurt from my heart I had gained from the loss of you.”

Maybe there is a gift and a curse within me as well.

I truly hope not.