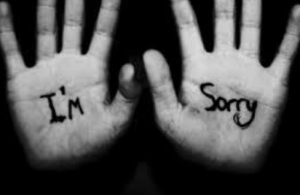 A friend of almost forty years and I were sitting at a back table in a Mexican restaurant.

Talking about anything and everything, as we often do.

In between light and serious moments he said, “Let me ask you something.  If you knew you could fix something in someone’s life, and it would make a lasting impression by you doing that, would you do it?”

I had no idea where this was going when I said, “Yes, I would.”

My friend continued, “I know someone that recently made me aware that when they were twelve years old, you unintentionally embarrassed them in a public setting, and I think it would mean the world to them if you would attempt to fix it.”

Having no remembrance of the event, my friend brought the memory to the present for me.

The details of the event are not nearly as important as the long lasting effect of it’s memory.

It is now twenty seven years later and this person had held this negative impression of me for all these years.

At that table, I promised to fix it.

I attempted to do just that.

I showed up unannounced at his place of employment, and asked to speak with him.

Granted it had been many years since we had seen each other.

He took me into his office and I began the conversation, “This is about to be very awkward for both of us, certainly for me.  Recently, it came to my attention, that when you were a young guy, we were in a public setting and, as unintentional as it was, I embarrassed you, and I came here today to tell you that I apologize and to ask you to forgive me.”

The details of the event were never discussed.

He seemed caught off guard for a moment and then said, “Thank you for coming here after all this time to say that.”

I excused myself after a few short minutes and said good-bye.

Twenty seven years of negative memories washed away in the time it took me to day, I apologize and ask you to forgive me.

Forgiveness and the asking for forgiveness is the greatest weapon known to man.

It is the central theme of the message of the Gospel, the good news, yet it remains it’s least practiced principles.

Go to that person…they may be waiting.