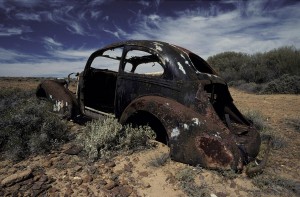 Okay, now put your two hands together joined by the fingers in an inward position and repeat after me.

You’ll remember this from childhood.

Here’s the church, Here’s the steeple, Open the doors And here’s all the people.

I have read that Billy Graham has basically four sermon topics he has used over the course of his life.

In my own experience, I have a common theme that has dominated my life as well.

People who are discarded being one of those central themes.

Those who have seen the worst which God’s people have to offer.

Those who have experienced the lack of compassion Christians display at times.

I have been on each side of the church door.

On the inside excluding all others who are not like me, yet who desire to experience God’s love.

And on the outside, wanting to be included but knowing that I was now branded by the expounders of religion.

The most harsh expressions I have personally ever received were from…you guessed it…Christians.

I will not list them here except one, maybe two. I did have someone express to me once, “I will never speak of you again.”

They later took it back, which in the south, means all is forgiven.

Once a teenage girlfriend was so frustrated by my introverted personality that she called me, “socially retarded”.

Actually that one helped me become a better communicator to this day.

Again, in the south, though she did not take it back, when it causes you to be a better man, again, all is forgiven.

A couple of years ago I adopted my second life passage, the first being Nehemiah 13:31, the second being Luke 18:9-14.

It is a beautiful illustration of the included and the excluded in God’s eyes.

Jesus illustrates by parable two men, both present in the temple, (in church), one prays out that he is thankful to not be like…and he lists several types of people he is grateful not to be like.

And the second man, who happens to be included in the excluded group, prayed as well, but would not even lift up his eyes toward heaven, beat his chest and said, “Be merciful to me, the sinner.”

Written not as a sinner or a group of sinners, but, “the” sinner as though he  referred to himself as the only one.

That is how personal he saw his place compared to the religious that surrounded him.

In light of this, I expressed to God recently that I had been going to church all my life, fifty four years, and nine months prior to my birth, and that I was tired of going to church.

I want to be the church.

And that I want to seek out and give hope to the excluded as well as the included.

God has brought them into my life.

A fifty one year old single never married professional female says to me, “When will God bring me my Prince Charming?”

A christian husband and father, active in the work of Christ said to me in a moment of vulnerability, “John, I have made some decisions that if my wife and family find out I will lose them. So, do I lie to them and maybe keep my family together? Or, do I tell them the truth and lose them for certain?”

How do I answer that?

A dear friend of mine for thirty plus years recently expressed to me that he was gay and that he been gay all of his life.

This is not just your average man.

This man grew up in the church, accepted Christ at an early age, in his twenties helped lead one of the largest youth ministries in America at that time.

He discovered in 2002 he had been given a medically challenging situation and that he is fighting through it.

Here’s the part I want you to know.

As we talked about all of this a few months ago he told me a story that caught me off guard.

He said it was a February day in 1996 and not a cloud was in the sky. Due to the conflict that was tearing him and his life apart he decided to go to Stone Mountain Park outside of Atlanta, and it was there he would end his life.

As he was getting ready to do just that, he said he felt God’s arms wrap around him and God said to him, “Do not do this, I love you just the way you are.”

What do I tell my friend?

That he must have misunderstood what God said.

Surely my friend knew that being gay and being divorced are the two unpardonable sins in church circles.

There are other examples but they are almost too heartbreaking to recount as it relates to the unforgiving nature of the followers of Christ.

Yes, all of us fit into that category.

So, when I meet these individuals I offer them hope by telling them about a scenario of Jesus at Pedros. (Pedros is a local Mexican restaurant near my home.)

Let’s say Jesus and I are at Pedros and he, He, Jesus, is physically sitting there and I begin to tell Him about my life.

“Jesus, I love you and I love your church. I have served you all of my life. But I have failed you.”

And I go into the sordid details of my life.

Then Jesus would say to me, “I am sorry John.  I know you love me and you are forgiven.  However, you have made some choices that are going to preclude you from representing me from this point forward.”

Do you actually believe that the Messiah, the one who extended his arms and died for me is going to say that?

He will not say that.

He cannot say that.

It is impossible for Christ to say that because of his eternal redemptive and restoring work on the cross.

I will sum up this long entry with the words of Psalm 139:8 which gives any of us hope through the love that Christ has for us and that we should have for one another.

That is the love that the discarded need.

A love that includes them, chases them down, devours them.

Would Christ offer them any less?