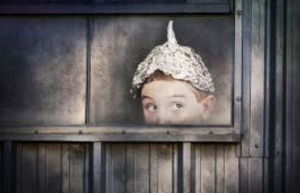 “Nothing is so firmly believed as that which we least know.”  Michel de Montaigne

Let me say first, I am not one that quickly jumps onto the latest conspiracy theory.

Let me also say, however, that I believe it to be intellectually stimulating to be in a room of people, especially college age young people, and you begin to ask them questions as to what they believe.

I generally will ask them to not form a defense of their position, but merely to consider the validity of the question being raised.

Here are some of my current favorite questions.

1) Do you believe man literally walked on the moon?

2) Do you believe that Osama bin Laden was killed and buried at sea in the middle of the night?

3) Do you believe that the United States government was totally caught off guard by the attacks on September 11, 2001?

4) Do you believe that a cure for certain forms of cancer already exists, but is being held and not released in an alliance between the Federal Drug Administration and major drug companies?

5) Do you believe that a cure for the common cold already exists, but is being held and not released also in an alliance between the Federal Drug Administration and major drug companies?

6) Do you believe that Lee Harvey Oswald was the lone gunman in the assassination of President John F. Kennedy?

7) Do you believe that there is a coordinated middle eastern effort for United States gas outlets to be owned and managed by those from middle eastern dissent, and upon a centralized plan the majority of petroleum will be cut off to consumers at one time, thus paralyzing the United States?

I could go on and on.

You may have your favorites as well.

Do you have even the slightest amount of doubt or belief in the above listed theories?

If you read it in black and white would you accept these theories as true or false?

If it said “Official Commission Report”, would you lean toward the findings in that report?

If you had eye witness accounts of massive cover ups, would your belief be shaken?

It is no different than when we consider the Word Of God, The Holy Bible.

Whenever I talk with someone who questions the validity of the Bible, I encourage them to disprove it, and bring their findings to me, that I would love to read it.

One of my favorite acknowledgements for a lack of faith, came from those who followed Christ closely.

They said, “We do believe.  But help our unbelief.”

They were saying, “We sorta believe this part, but we are having trouble with these other parts.”

Do you believe that Christ rose from the grave and ascended to heaven but can not accept that a donkey spoke in the story of Balaam?

Do you believe that Heaven is an actual place or that it has been conjured up over thousands of years to appease those whose loved ones or friends have passed away as a way to deal with grief?

Do you believe that God literally created man out of dust and to dust he will return?

Do you believe that in an instant that God can alter the eternal destiny of one’s soul by their acceptance and belief upon Jesus Christ?

The most dangerous question that someone can ask you about your beliefs and your faith is this question.

The question consist of only one word.

At that moment, you can not hide behind the words, “faith”, “trust”, or even my favorite word, “hope”, nor the phrase, “Because the Bible says it!”

Want to grow deeper in your faith?

Then privately, make a list of the events or instances within your own walk of faith that remain in question for you.

Don’t worry, you won’t find yourself out of favor with God.

If anything, you may sense that he speaks to you, “I am so glad you asked.  Let’s talk.”

Dig in the Bible.

You will uncover the truth.

Question everything with a sense of curiosity toward the plan God has for your life.

It is a life long process, this question of why, and knowing why you believe what you believe.

But there is no better time to begin than right now…today.

“In the same way, we can see and understand only a little about God now, as if we were peering at his reflection in a poor mirror; but someday we are going to see him in his completeness, face-to-face.  Now all that I know is hazy and blurred, but then I will see everything clearly, just as clearly as God sees into my heart right now.”  1 Corinthians 13:12 (TLB)