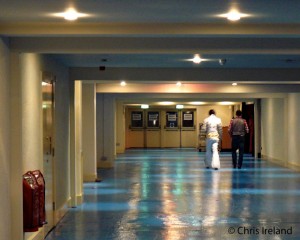 When Elvis Presley was alive and touring, there was a phrase that has carried on even after his death.

“Elvis has left the building.”

When you heard that phrase over the sound system at one of his concerts you knew that Elvis was gone, there would be no more encores, everyone be safe going home, good-night.

The phrase is now used to indicate when all out and final efforts are not going to produce the desired end result.

Inspiration is very similar in day to day living, especially with creative types, and is often referred to as “she”.

When “she”, being inspiration, leaves, she takes everything she brought with her.

Every ounce of creative force that was contained within that inspiration goes as well.

“She” has left the building.

But even in the absence of inspiration, hope remains.