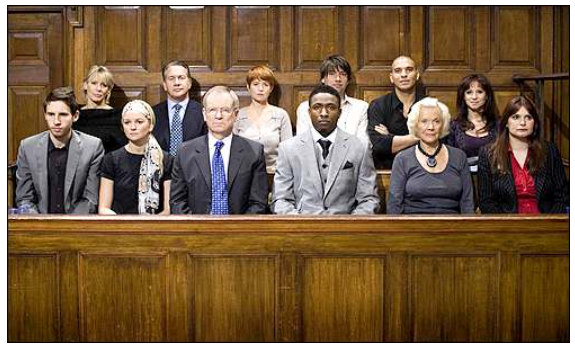 Prior to my wife and I being married, we sat with an Associate Pastor of the church where we were members and I was on staff.

We were toward the latter of multi week pre-marital counseling sessions and our Associate Pastor asked us this question., “John, Derinda, if you were seated before a jury of your peers, how would you convince them that you should be married?”

I was young, arrogant and in training for the ministry.  I delved headlong into a long, laborious, complex string of religious clichés that ended with the Associate Pastor simply looking at me with no expression.  He then turned to Derinda and said, “Derinda, how would you answer that question?”  My fiance said, “I don’t know.  I guess I would just tell them that I loved him.”  The Pastor smiled and said, “Thank you.”, looked at me and said, “Kind of simple isn’t it?”

From those pre-marital classes, I remember a little bit about finances, leadership, prayer, that kind of stuff.  What I remember most, almost thirty years later is the, “Seated before a jury of my peers” question.

I was embarrassed.  In my rambling, religious monologue to this fictitious jury, I never once mentioned “love”.

If you were to sit before a jury of your peers, how would you answer the following questions?

“Why should you be allowed to have children?”  “How would you determine your value as a spouse?”  “What makes you a responsible employee?”  “How would you prove that you are a Christian?”  “What evidence is there to authenticate and validate your love for Christ?”  “What facts can be shown that makes your devotion evident to all?”

A repetitive dictation of action will not suffice.  Any one can resolve to action for even the worst cause.  Besides that, Christ called us to devotion, not to exercises of religious activity.

I would encourage you to list the evidence that you would present to a jury of your peers, those of faith and those who are not, that would prove your sincere devotion to Christ.

My guess is that the words attendance, money, saved, baptism, nor time of service would not be applicable.

The thief on the cross did not attend one church service, did not donate one penny to the offering plate, did not recite the sinners prayer, was not baptized, nor did he spend one moment in service to Christ.  In fact, the reason he was being crucified was his conviction of capital crimes.  He had spent his life devoted to actions that were diametrically opposed to the teachings of the one he was suffering beside.

He merely stated one sentence consisting of nine words, “Jesus, remember me, when you come into your Kingdom.”

No statement of conversion, no testimony, no action that could prove that he was a devoted follower of Christ.

Could you narrow your testimony before a jury down to nine words that would convince them of your devotion?

The thief on a cross was able to communicate simply and succinctly, and his nine word testimony has been communicated to millions and millions of people. a jury of his peers, over a course of two thousand plus years.

As the Associate Pastor said during our pre-marital counseling session, “Kind of simple, isn’t it?”