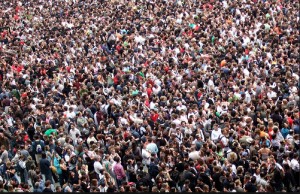 There is an age old question.

Does God need us?

I believe yes and no.

And if one does not say yes, another will.

I have experienced both.

I have been God’s Plan B when someone else said no and I said yes.

And unfortunately I have at times said no and watched someone else carry out the mission that was intended for me.

Not a fun feeling that one.

However, God does need you.

As you are his extension upon the earth.

He has over seven billion options and for some reason he narrows it down to one.

You are the one.

They, those around you, need you.

Not someone  that might come along in the future after you have said no.

And they need you now.

Unfortunately for you and I, all the excuses that you, or I, might offer have been previously attempted by some of the greatest figures in history.

Every one of the first five eventually did what God had told them to do.

Mary, who was to carry the hope of the world, may have thought at times, “Who am I that this should happen?  Who would need me?”

However, she never waivered from the purpose of her life.

We all ask the question at times, “Who would need me?”

But you are needed, as am I.

No one else has your exact experiences.

No one else has your exact sphere of influence.

No one else, out of over seven billion people has God told to do what he has told you to do.

That is why he told you.

God is quite aware of that.

God is also pretty tuned in as to the plurality and singularity of his chosen callings.

You were born for a reason.

You did not just happen.

You did not by chance end up where you are.

It was not by accident as to your parents, or your grandparents.

Does God need us?

Does God need you specifically?

And so do they.

You carry within you the same Hope that Mary carried within her.

They need you…the messenger of that Hope.