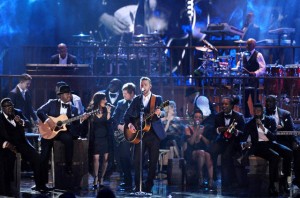 First of all, let me qualify a couple of things, otherwise, I am going to offend a few folks, unintentionally.

You will probably be offended anyway.

As far as I can remember I have never spoken publicly and certainly have not written regarding this issue.

I am the biological son of a alcoholic.

My biological father was a professional alcoholic.

And I understand he was very good at it.

I chose a different career path.

My father had no contact with me past the age of two.

I literally have no memory of him.

I was adopted by a Godly man at the age of five and my name became Hembree.

All that to say, I have no idea what beer or alcohol tastes like.

I have never taken any drugs other than prescribed medications.

I have never had a cigarette in my mouth.

I partake in a well disciplined diet.

I never do anything in unhealthy excess.

I do have addictive tendencies, but I try to keep mine, which I refer to as “The Beast”, locked away in the dark dungeons of my inner man, safely held there by the grace and mercy of God.

However, I know I am genetically predisposed toward addictive behaviors, though I have not acted on them.

What is interesting, at least to me, is that I find fascinating various songs about addiction, and the struggles with it, though I have never participated in any degree.

I am not glamorizing drinking or any other type of addiction.

In fact, I am extremely uncomfortable around alcohol of any kind, not because of moral teachings I have been exposed to, but because I know the affects that addictions can have on a family and the long term affects on a child.

The bottle or the baby.

That was the decision my father had to make.

A tough decision I am sure, and reflecting on this, I have grown to have an intense compassion for those with addictive behaviors.

That would make a great country song.

A song about a man struggling with alcohol and the question keeps coming back to him, “The bottle or the baby.”

However, let me clarify that we do not choose to carry a disease.

The choice is whether we seek treatment so that we might be well again.

In 2013, I was watching a portion of the American Music Awards and the performance of Justin Timberlake and the song, “I Can’t Drink You Away”.

It was a passionate performance regarding a serious subject.

I wish Christian musical artists would take on more hard core issues such as this.

They at times tip toe around all the issues that Christ came to give us the power to overcome.

You can only say I love Jesus so many times on one record or over a career.

At some point, you have to bring to light difficult issues that people truly need Christ to overcome.

As do all ministerial leaders.

Below is a link to the performance by Justin Timberlake and The Tennessee Kids.

Here is where I am going with this.

It is out of the box but not off the mark.

Each Christmas I ask God for a gift, usually related to people.

Two years ago I asked God to show me how He viewed, and loved, people, all types of people, especially those who suffer from mental illness.

One Christmas later I asked God for a broken heart, to break my heart for what breaks His heart.

This past Christmas I asked God to bring into my life people who are addicted…to something.

Not those who are already involved in some type of twelve step program.

But those who have found the bottom, whether that be alcohol, drugs, fear, or any other type of addiction.

A pastor friend of mine texted me what his experience in counseling has taught him regarding the definition of addiction.

He said in his opinion it is, “Anything (behavioral or chemical), that is destructive and undesirable to a person, but which they are powerless to cease.”

That is an interesting phrase.

A quote I remember from a few years back, referring to anything we are powerless against, said this, “Though I may not be poured, nor come in a bottle, I am your liquor.”

Ask God to bring people into your life so that you might offer hope to them as they struggle with a hopeless situation, whatever that entails.

You truly can bring hope to the hopeless.

Now ask God to bring the hopeless to you.

So you can bring the hopeless to Him.