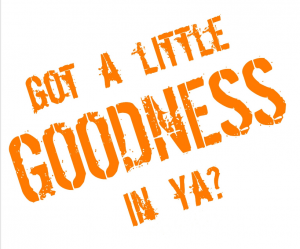 Maybe I am naïve.

I pretend as though I do not trust people at times, but I really do.

I expect good people to do good things.

In fact, I so believe in people, that I expect bad people to do good things.

If you say you love me, I believe you do, and will, till the end of your life.

Not my life, should I depart first, but your life.

I am filled with hope and approach each day with that same hope.

I see good things in the potential found in others, everywhere I go, in people I meet.

However, there is a type of person I tend to be hesitant regarding.

The Apostle Thomas, also unfortunately is remembered as Doubting Thomas.

I have often thought Thomas was given a title he did not deserve.

Thomas sitting in a room of other believers, had just seen Christ killed, buried, disappear and Christ had now walked through a wall into a locked room, where these same disciples had gathered.

Thomas merely voiced what everyone else was thinking when he approached Christ and asked to feel his wounds.

I believe that to be courage, not doubt.

Thomas so wanted to believe that he would do anything to disprove his own doubts.

I had five minutes of doubt myself just a few days ago.

My grandson, Beau, all of eight weeks old, was in my arms.

As though it was a moment ago, I remember where I was standing, as I pulled Beau in close to me, and allowed his innocence to overwhelm me.

Contemplating, I wondered how could an adult hurt and abuse a child, so helpless, so fragile, the very mirror of God’s love, and how could God allow that to happen?

The age old question rose up in my heart, “How can a good God allow evil to exist?”

Why would God not strike down dead anyone who would harm another person, especially and specifically a child?

And for a moment I doubted the very existence of God.

Only God’s non existence would allow such evil to happen.

I did not raise my fist toward heaven.

I simply and quietly doubted.

Then I came back to the innocence of a baby wrapped in a cloth, safely tucked in my arms.

And then my mind went to another baby, also wrapped in a cloth, who came so that I might know innocence forever.