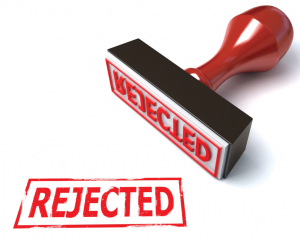 When I take on a challenge in my life, it is never to say, “Hey, look at me.  Look what I am doing.”

If I take on something, it is to recruit others into a similar thought process.

That someone else can say, “If that idiot, can do it.”, meaning me being the idiot, “Then I can do it.”

That is how I want people to see my life.

That I was willing to go for it and that they should to.

In the last few days, I have sent out over fifty book proposals to various literary agents, regarding our first book manuscript, entitled, Living Out An Almost Life.

Another one hundred and fifty is the goal for this upcoming week.

A few friends, unaware of how the process works, inquired how it was going.

I reported back, I am up to my ninth declination and it is going fantastic!

The other was, “Keep a clean head.  Next time will be better.”

I was encouraged by both.

Neither of these two friends would be privy to that fact that the more, and the quicker declinations you can get, the better.

In reflecting upon my excitement of rejection, I have determined that much of my life has been preparing me for this process.

Politics – If you are slightly better than 50% you are having a good day.

Ministry – No everyone, sometimes no one, is going to appreciate your approach all the time.

Film and Television Producer – Trying to keep everyone happy, motivate, on the same page and moving in the same direction can be filled with the possibility of daily “no’s”.

Professional recruitment – Prepare to go through seventy five to one hundred phone calls per days to find one candidate you even potentially can place.

Maybe I live in an altered state of mind.

But this excites me.

I have a friend in the music business, who has been successful on various fronts.

In the mid 1990’s a song was pitched to my friend, himself, a record executive.

My friend “passed” on the song.

That song was Butterfly Kisses, by Bob Carlisle and Randy Thomas.

Butterfly Kisses went to #1 in 1997 and also won a Grammy, a Dove Award, sold millions of copies and my friend once told me back in the late 1990’s, “My unknown claim to fame is that I passed on Butterfly Kisses.”

I love that story.

Each time I receive a rejection letter in an email regarding Living Out An Almost Life, I respond professionally and politely, thanking them for their time and consideration.

Then I include the brief story regarding Butterfly Kisses.

I end my response with, “I want to be someone’s Butterfly Kisses.”

I want to be the guy that everyone passes on, but that one person, and together we kill it, so to speak.

You should approach your life in a similar manner.

No does not mean no.

It means that the other person is needing time to give this more thought.

No matter what profession you are in, or whether in relationships, you have to be prepared for a delay, a step backwards, a flat out rejection, at any given moment.

The no’s will come.

Be persistent, be confident in yourself and your idea and above all, keep your momentum going forward.