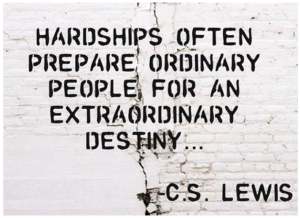 The challenge has only begun to get a book published.

Earlier, this evening, I sent out fifty book proposals to literary agents.

In case, anyone knows a literary agent, it looks like this.

Please consider the following submission and if I might provide any additional information please let me know.

Thank you for your consideration.

Living Out An Almost Life

It was a perfect answer to an almost perfect question.

For several weeks I had been contemplating the phrase, living out the almost life.

It drives me out of my mind to even consider that I might be over mid-way toward the end of an almost life.

You may be wired with a similar psychological schematic.

The greatest failure of life I think, would be to get to the end and realize that I almost lived out

the life I was supposed to live.

How many phrases have we heard that apply to our almost existence.

“You almost hit a home run.”

“She came so close to winning the election, and almost darn near did.”

“If only he had been less than a second faster he would have almost won the race.”

I can find nothing celebratory about almost doing anything.

As was quoted by legendary NASCAR driver Dale Earnhardt, “Second place is the first place loser.”

Target Audience is 18-65 years of age.  This book will help identify that we all are in danger of living out an almost life, and how through efforts of our own and the not so coincidental hand of God, we can live out the life that was designed for us.  Inspirational stories that will offer hope and encouragement.

An average guy of average intelligence with above average passion for life and taking hope and encouragement to as many people as will receive it.

I loathe self promotion.

Graduated from Georgia State University with a degree in Interdisciplinary Studies which is a combination degree of Pre-law and Government.

Have worked in various fields and as far varied as a lifeguard to a congressional staffer to an insurance agent to an Executive Producer for a film and television entertainment company, as the Corporate and Church Liaison for a university, Funeral Assistant and currently a Physician Recruiter with a national medical staffing firm.

I am a hopeless romantic and have a lifelong addiction of reading and writing, of mostly non-fiction.

In life I am a dot connector.

Matching resources to needs and getting out of the way.

I am proud to have been a living kidney donor in December of 2012.

This book was written to very simply do two things.  To encourage those who read it and inspire others to give away hope.

Author platform: www.johnhembree.com An Everyday Expression Of Hope And Its Potential began in December of 2011 as a way to offer hope and encouragement to those we came in contact with.  Since that time we have published over 1,100 entries and have expanded our daily email distribution list each year.

In June, of 2015, B2 Images, a television and film production company will produce multiple video blogs as a test market on it’s own Youtube channel.

Future book ideas include The Naked Heart (Living Out A Transparent Life) When Turmoil Comes (True Life Stories Of Those Who Found The Best As They Fought Through The Worst), Secrets Of A Southern Sanctuary, plus many other available ideas found at www.johnhembree.com

Estimated word count of Living Out An Almost Life – Currently at 6,600

The only reason I am including this is for anyone who reads this is for them to reach beyond themselves and say, do, and write, whatever is screaming to get out.

If I can, you most certainly can.