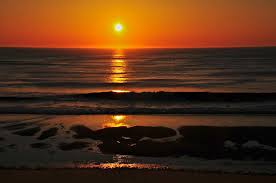 Positive news is always something I enjoy sharing.

Thanks to the efforts of many people, the encouragement of several friends back in 2011 to begin writing, the underwriting, development and maintenance of www.johnhembree.com, by Rick Howington and the team at TechAdvocate Solutions, and to all those that have said or written, or texted, “Keep going!”, by people who know the value of a timely text and email, last night we submitted our first book idea, with sample chapters, to a literary agent in New York, that was derived from a series entitled, Living Out An Almost Life, which was inspired by “Mr. 90%”, he knows who he is.

We will now launch out into a sea of rejections which is the norm, but somewhere, out there, in the vast waters of hopeful dreams, are the right people at the right time to open up a very bright future.

Next month, June, a television and film friend of mine, Bill Bauman and his company, B2Images, will produce three to four video blogs, which will be test marketed on their own Youtube channel.

Are there pop up thunder storms along the way in any of our lives, both yours and mine?

And yes, the storms of life can be intense.

But eventually, the lightning will cease, the thunder will subside, the rain will let up, the dark clouds will roll back, and the sun will always shine shortly thereafter, and often leave a beautiful rainbow as a reminder to each single individual, as if God is saying, “I love you, and no other.”

Only one person can stop you from pursuing your dreams, and that person is you.

However, many people can and will prepare and pave the way for you to be successful, if you will only take the first step toward your future.

This is a thank you to those many people.