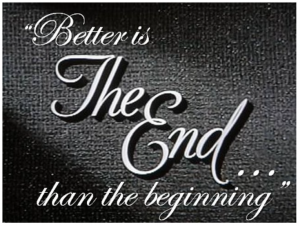 Maybe not all at once, but over time it was gone.

You may have thrown yourself for a time into a sea of self pity.

And into that sea you sank.

You never expected to be restored again.

The story of Job.

One of the most positive stories in the Bible.

Have you read it you may ask of me?

The beginning of the story.

“There was a man in the land of Uz, whose name was Job, and that man was blameless, upright, fearing God, and turning away from evil.”

The end of the story.

“And Job died, an old man and full of days.”

What happened between those two verses of scripture?

Job had much wealth.

And he lost it all.

He lost his children to death.

He lost his wealth to thieves.

He lost his health.

However, through all of it God saw that he could trust Job.

“And the Lord blessed the latter days of Job more than the beginning.”

Possibly God has tested you as well.

You felt as though your dreams were lost.

You determined that nothing good would ever come from the bad.

You settled into an outlook that your brightest days were behind you.

However, that will not be the end of your story.

If you will just hold on, God is restoring you and everything you lost.

Those that meant harm will find harm brought upon themselves.

Those that stepped back when they should have stepped in will find a loss of footing in their own life.

Every day you are one day closer to complete restoration.

God does not expect you to live out your life miserable and hopeless.

He’s just not that kind of God.

What kind of witness would that be?

His life was the witness, as is yours.

Something is coming alive in you.

That which you feel within you is stronger.

That which you know is more deeply rooted.

And you will neither turn lose nor give up until you have experienced all that God has for you.

To restore to you the financial resources you once had and to multiply it.

And to use those resources for much good.

Open yourself to declare a restoration in your life.

Your end will be better than your beginning.