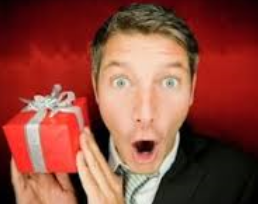 I have written recently about gifts that lay dormant, sometimes for a season, unfortunately at times, for the entire length of our lives.

I am quick to point people toward Psalm 139 and how God has laid gifts within us from before we were born, they were there.

He knew us even then.

Each of us, I believe, wish to do something great with our lives.

Not be the big shot or the most celebrated, but to do something significant.

So, what’s the first step?

1) Believe in God and his Son Jesus Christ.
2) Believe that God wants the best for you.

A lot of people can get through the first step but for some reason get bogged down on the second step.

They honestly do not believe that God wants good things for their life.

So you can ascend the ranks of corporate America and have influence in high places so that you might be ready to solve some type of problem that would relieve some type of human suffering?

To have a special drive and ability to achieve success in athletics so that your platform of influence for God would be great?

For one to have a relationship allowing you to influence the influential?

So, that you might achieve great success in your field and inspire others to pursue excellence as well?

The last one is my favorite.

I love to read about behind the scenes type of people that go about using their gift quietly and efficiently to further the Kingdom of God.

No Mordecai – No Esther.

Mordecai was there to remind Esther that she was born for that exact time to save her people.

So, today, list some gifts that you know are obvious to you and probably obvious to other people.

Write those down…and then tear up that piece of paper.

Those are not the ones I am talking about.

Now ask God to make you aware of the gifts that He placed within you before you were born.

Those are the ones I am talking about.

This will take much effort and might be at times frustrating. They are buried treasure waiting to be found.

But when you do, then you will know why God put you on this earth.

I am still digging, but, one of them I found in the last four or five years is to be a “dot connector”.

I have a gift to be able to push others to identify their buried treasure and then to connect the dots between multiple people so that those gifts might be best used for God and his Kingdom.

There, I said it.

That is also a key. Once you identify a gift, to not have some false humility about your gift.

God put if there.

Be confident He will use it.

Don’t worry about the fact that others may not see it.

God put it there, not others.

“But…but…” you say, “I thought we to use this buried treasure to bring about influence and change in the world?”

“A man’s gift makes room for him, and brings him before great men.” Proverbs 18:16

Good luck in your treasure hunt.