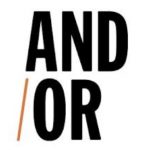 I was growing frustrated with my friend.

I was trying to help him and he was like a constantly moving target.

It seemed that each sentence he spoke or wrote had an “or” in it.

Now of course it did not, but it seemed like there were a lot.

We had just completed a phone conversation and I hung up the phone and this question popped in my head.

“Who does he remind you of?”

I thought for only a moment.

In the past I would at times be an “or” type of guy, but I have been working on eliminating the word “or” from my vocabulary.

People who are confident and know where they are going do not use words like, “or”, “maybe”, “perhaps”.

We hide behind the or’s, maybe’s and perhaps as contemplative words.

We are contemplating our future.

When in fact, the use of those words indicate indecisiveness.

It indicates that you do not know where nor how to pursue the next step.

Delete the “or’s” in your life.

Make a decision AND  run with it.