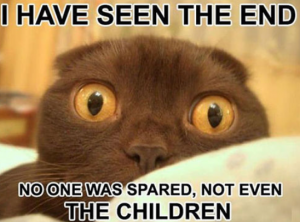 Now that I no longer am writing toward the approval of the “many” and only writing toward the approval of “any”, that will accept an arms wide open approach to life, and, oh yeah, that for finally over the four year mark of being medically polite, zombie state, thank goodness, now that that’s over, let’s see what we can get into. Take the binders off, put some glasses on, cataract surgery, whatever it takes for you to see the world around you. The last three weeks, I have been having more fun with people than I have in let’s say, four years. I used to have so much fun with strangers. For example in the last three weeks, I have left a nightly note of appreciation and encouragement in Spanish to the lady, Rosa Buena, who cleans our office building. I have emailed medical professionals in their native language just to throw them off. Google Translate is a wonderful tool. Observe people, talk to people, notice people. Wherever you are. And most of all, encourage people and bring them hope with a smile and a kind or funny word. Rediscover your spontaneous side. I am. Yesterday, being a Saturday, I had worked and was going to frequent a Goodwill store in Lilburn, Georgia. 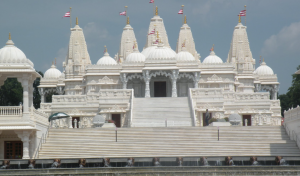 Right before I got to the store, I noticed a very large Hindu Temple that I had read about in the local Atlanta news. I had to do it. My car would not stop. It had to turn in. I had to go in. I drove up to this very large temple of worship and gave the security guard my name and asked if I might go inside and observe without violating any order of services. As I walked up the long steps, many, many people had gathered, as families, laughing, taking pictures, going to their religious holy place, and I was the only, that I saw at the time, “white American guy”. I loved it! Kid in a candy store. As I climbed the stairs, everywhere around me, people were speaking in Hindi and other similar dialects. Hindi is a beautiful language. The people that were there were so courteous, offering me a sweet tasting Prasada, and without speaking directly, showing me to where I should go in. Because I had visited a similar temple many years ago, I knew that at some point, I was going to have to lose the shoes before going in to the more sensitive areas of the Temple. A young man, college age, picked up on my excitement and my confusion. He said, “Place your shoes in one of the small cubicles and follow me.” He lead me into the outer area where a holy man was going through a blessing ritual with an entire family that involved water. I said to my new young friend, “Hey, I appreciate it, but you do not have to be my tour guide.” Obviously I said it a little loud and with a little too much humor as the holy man turned his gaze upon us and I knew I had already violated something, but I could not tell what it was, because he spoke to us in Hindi. I was on my own after that. I can not even describe it. It was a discovery and a great one. Be open this week. Listen to people. Truly listen to them. Don’t be afraid to be yourself. My gosh, enjoy the rest of your life. Because… …news flash. You are going to die. And you might as well die, wide awake. John