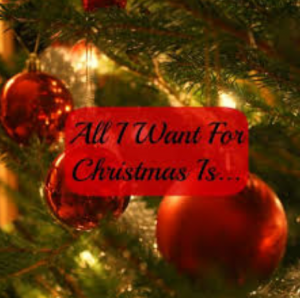 Two hours of time spent with Bruce Dickerson and to have a framed picture which shows him slowly clapping his hands in the choir before the Lord.

One handwritten letter from Herb and Carolyn Williams.

One kidney for Jimmy Austin.

A copy of a good health report for Terry Strickland.

For Jessica Arnold’s laugh to be felt around the world.

For Dale Atkins to be without pain.

To have a picture of Darden Beaty standing with his hands held open and upward before God.

For people to know the same mercy and grace as understood and lived out by Tony Crane.

For Jessica Fielder to rise to the upper echelons of corporate America.

For Alan McBrayer to see the initial phase of his vision become a reality.

For Timothy Brand to become a published author.

For the sanctuary being built at Glen Haven Baptist Church to one day be the Student Center and the Wedding Chapel.

For fifty five plus acres on East Lake Road in McDonough, Georgia, to become the center of a miracle.

For Doug Adams to experience the fulfillment of his vision.

For Kitty Cox to have so many prayer warriors that she has to develop a rotating prayer schedule to accommodate the growth and the need.

For Angela Skelton to see in her lifetime the historically significant return of the traditional church choir.

For Austin Turner to see with even greater clarity his impact upon the future generation.  Think Ben Carson Austin.

For Michael Underwood to envision the design and construction of a third world hospital which he will build and his wife, Emily, to oversee it’s operation.

For those who hunger to be fed by those who once hungered.

For those who need shelter to find it at the hands of those who were once homeless.