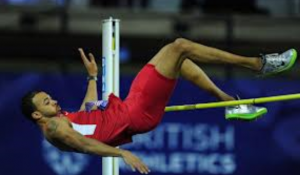 Twenty and thirty year olds all over the place.

In fact, around one hundred and sixty of them, with a few forty year olds mixed in.

Me, at fifty five, well let’s just say, I certainly stand out.

But I love it.

Of all the people I have met in my life and career, I have never met a member of the USA Olympic Team.

Now, I am working with one.

Our company, Soliant Health, is a sponsor of the USA Olympic Team.

Last week, I stopped by his desk to ask if he could direct me to the closet where the Olympic clothing is kept.

I brought up the name of one who had competed before, in his field, a member of my generation, that he certainly would recognize the name.

As I got to know my new Olympian friend I asked him if he would be competing at the next Olympic Games.

The next day, which was a Saturday, I was at the office catching up, writing a few thank  you notes, etc.

I found a quote from a former Olympian, who had achieved much success and made a comeback at thirty years old.

Placed it in an envelope and left it on his desk.

Today, he was assisting me with a technical issue and said, “Thank you for your note.  It really motivated me.”

We never know who is going to come across our path in this life.

Those who we might consider superhuman, or a celebrity, or a pastor, or just about anyone.

And you might be the exact one to offer it.