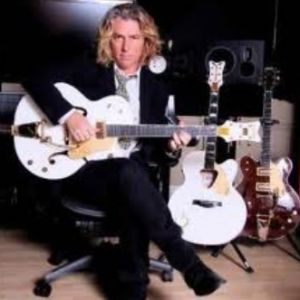 If you were to discover the story behind Ed Roland’s and Collective Soul’s monster hit, Shine, you would find that the song was originally written as a prayer.

Back in the late 70’s, at the First Baptist Church of Stockbridge, Georgia, a group of youth formed a Christian band.

The youth minister, Reverend Eddie Roland, put his job on the line in order to give the band a chance to minister to other youth.

In the band, was this young teenager.

But would rarely, if ever, be talked into coming to the center of the stage.

The quiet, shy kid grows up and goes on to write and perform multiple national hits.

Ed Roland is a pastor’s son.

His father, Reverend Eddie Roland was like a second father to me.

Mr. Roland and Mrs. Lynette Roland played a vital role in so many lives.

When he passed away, many of us lost a part of us as well.

The following clip is from a previous video and audio recording with Collective Soul joined by The Atlanta Symphony Youth Orchestra.

God has a awesome way of displaying his greatness through a written prayer.