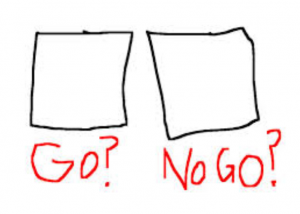 I will probably be judged one day because of my eagerness to push the hot buttons of men, (and women), of the cloth.

However, from time to time a pastor will ask if I am also a minister.

For those who may not get that lingo, it can be interpreted as such, “God told me to go, I said no.”

They see through my sarcasm and hopefully realize I am more than happy to go wherever God would send me.

A plan, a dream, a goal, a desire, that you know is deeply buried inside of you.

You know before God that you are supposed to step out there and do it.

But you keep saying no.

We each have those areas.

Someone just today told me of two new opportunities they recently stepped out into but previously had declined to pursue.

Here’s a quote from them.

“Once I began, it seemed so natural.  I am discovering who I am meant to be.”

Go ahead.  You won’t offend God with your honesty.

Because God told him to go, and Jonah said no, God said that is fine, let’s do it your way.

After that, Jonah found his way to Ninevah.