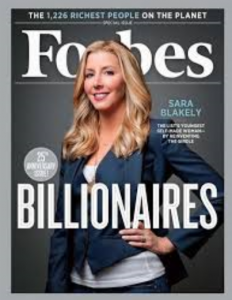 Conundrum – A confusing and difficult problem or question.

It is usually a long list of multi-billionaires and how they have achieved their wealth.

In 2010, I also held the distinction of being listed as one of the richest people in the world.

For those who know me, and may seem surprised, I do not like to flaunt the acclaim.

You may be wondering, how I would know that?

If you go to www.globalrichlist.com, merely by choosing your nation and your annual income you too can be ranked.

You are richer than you think.

Sadly, since 2010, my ranking has continued to slide.

As to of today, I still hold a ranking of being in the 5.51% richest percentile in the world.

But when you contrast that ranking to the fact that there are over seven billion people on the earth, that still ain’t bad.

To assert yourself and achieve and still lack.

To acquire and attain yet desire more.

Consider these quotes from the writings of King Lemuel of Massa.

“Some rich people are poor, and some poor people have great wealth.”

“He who loves money shall never have enough. The foolishness of thinking that wealth brings happiness.”

“The rich man thinks of his wealth as an impregnable defense, a high wall of safety.  What a dreamer!”

We each have the potential to amass great riches.

Do I wish to be wealthy?

Not only do I wish.

I have prayed to God that I can one day be trusted with great wealth in order to give it away toward the benefit of others.

One of my goals in life is to be so wealthy that I can truly impact illiteracy among adults.

To be so fat with cash, that I can not only pay for mission trips but fund the mission as well.

To discover young people who have the potential to do good and not bring harm, and then to fund their dreams.

I have discussed wealth with those who have at one time held estates valued at one billion dollars.

When I asked them what was that like, tears began to puddle their eyes, and they said, “For God to trust me with that much wealth, so that I might benefit others, was a humbling experience, of which I pray to experience again.”

So maybe the conundrum is not ours.

Possibly it is God with the conundrum.

In terms of looking for those He can trust with earthly riches, so that they might invest them to bring about heavenly returns.