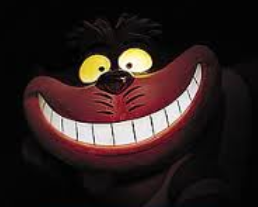 Ever had a smile you could not make go away?

The harder you try not to smile, the more you do.

During my first tour of college there was a girl, in the music department, choral department actually, beautiful voice, soprano, dark, dark hair, green, green eyes, sang in her church choir.

I was told she had a beautiful voice.

Technically, I never heard her sing.

Went to a local high school, before college, which produced really pretty girls.

Our traveling baseball team in high school always wanted to play against the teams from that area.

Because, they had such pretty girls that came to the games.

Anyway, I would be around this girl and just start smiling.

Now, before you read into this, she had a steady boyfriend, who also went to this college as well.

Once we were standing there talking, the three of us.

Even though he was talking, I would look at her and could not help myself.

I had this big stupid smile.

There was just something about that girl that made me smile.

She was named after a state.

Her name was Caroline and her father was originally from South Carolina, and he liked the state.

Plus he liked Neil Diamond and the song, Sweet Caroline.

Anyhow…I had no clue what her boyfriend was talking about, nor did I care.

The girl, sensing that I was kind of embarrassed by it, found it amusing.

I guess girls pick up on stuff like that.

If laughter is good medicine, then I wonder what a smile is?

Some people were just born to make people like me, smile.