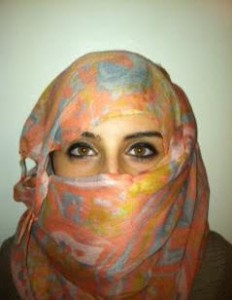 In Malcom Gladwell’s New York Times best seller, Blink, Gladwell goes into great detail regarding the quick assessment and assimilation our brain goes through when we meet someone for the first time.

In fact, Gladwell contends that within four seconds, or in the blink of an eye, we have formed an opinion that will remain in our memory for years.

We each do this.

In the time it takes for us to blink we have formed a lasting opinion of each other.

Our environment, our heritage, our experience, our economic status, our level of education, our so called “level” in society, our visual prejudices and at times our ignorance causes us to judge and be judged, rightly or wrongly.

For example, here are just a few visual, non-verbal stereotypes which one might have a predisposition.

These are not assessments we tend to verbalize, but what we might at times think in the recesses of our mind.

Must be affluent, have a great education and more than likely has few problems in life.  Probably inherited their money.  Rarely works a full day.

Dress as though homeless?

No money, certainly no value to contribute to society, obviously not healthy and with little education.  Probably brought it upon themselves.

Probably in this country illegally.  Hard working but poor and not well educated.

Must be a sad person, rarely smiles, is ignorant of current social norms and held captive psychologically by a dominating male driven culture.  Can not make independent decisions.  Probably has explosives tied to her body under her burka and her husband or father has killed Americans abroad and domestically.  (Image of young Muslim woman provided)

Probably does not eat enough and has an eating disorder.  Has low self esteem.

Probably eats too much and has an eating disorder.  Has low self esteem.

Looks good but knows it.  Most likely a vain person only interested in how they appear and present themselves.  Extremely self serving type of individual.  Me before thee.

I find it interesting that in the Bible there are no physical descriptions of Jesus, outside of the book of Revelation and the vision of John, which is not how he appeared as he walked the earth.

If the writers of scripture had described his physical appearance, we being “blink” kind of people would make an assessment as to what type of man he might be.

More than likely he did not stand out physically and he certainly was born into a lower or middle income economic and social status, to an unwed teenager mother from the middle east who according to the Old Testament law would have been stoned to death.  (Think about that for a moment.  Stoned to death as she was carrying the one who would save us.)   He had no formal educational degree that we know of , had little money in spite of what many teach and preach, benefitted from the affluence of women who he was not dating nor married to, was not well traveled, associated with alcoholics, prostitutes, money swindlers, the rich, the poor, quoted murderers and adulterers, his manner of speaking caused people to want to and eventually kill him, and his life began and ended with few gathered at either event.

If he walked up and introduced himself to us today, we would most likely immediately determine that he was a jihadist and we should take cover.

…unless we make a conscious effort that each time we meet someone we remind ourselves that this is someone whom God created, whom God loves, for which Christ died and we are to serve.  And who God may have directly placed in our path for our benefit as well.

But we all are made in God’s image and how in the world does one assess that?

By the way, the young Muslim woman?

Actually she is not Muslim at all.

She is a eighteen year old, college freshman, in semi-rural Georgia who speaks with a southern drawl.

“For with the judgment you judge, you will be judged; and with the measure you use, it will be measured back to you.”  Matthew 7:2