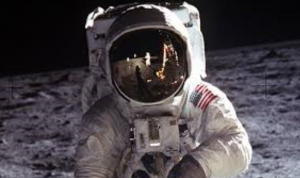 Someone asked me my personal opinion on the questions posed in the previous entry entitled Conspiracy Theories.

Here are my personal answers.  Others may and will certainly disagree.

1) Do you believe man literally walked on the moon?  No.

2) Do you believe that Osama bin Laden was killed and buried at sea in the middle of the night?  No.

3) Do you believe that the United States government was totally caught off guard by the attacks on September 11, 2001?  No.

4) Do you believe that a cure for certain forms of cancer already exists, but is being held and not released in an alliance between the Federal Drug Administration and major drug companies?  Yes.

5) Do you believe that a cure for the common cold already exists, but is being held and not released also in an alliance between the Federal Drug Administration and major drug companies?  Yes.

6) Do you believe that Lee Harvey Oswald was the lone gunman in the assassination of President John F. Kennedy?  No.

7) Do you believe that there is a coordinated middle eastern effort for United States gas outlets to be owned and managed by those from middle eastern dissent, and upon a centralized plan the majority of petroleum will be cut off to consumers at one time, thus paralyzing the United States?  Yes.

The neat thing about conspiracy theories is that no matter how you feel, you do not have to prove it.

You just have to believe it.

We would welcome your answers on these questions and others.